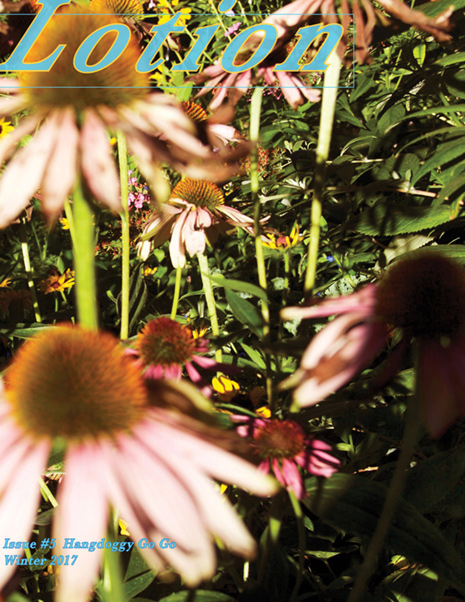 Lotion Issue 5 – Hangdoggy Go Go Winter 2017 (52 pages)
Issue 5 began with a drawing Butler found when going through journal’s from her 20s – a line of beleaguered droopy stick figures with the word go repeated underneath. These figures along with an image of a dying chrysanthemum form a rhythm which runs though through this issue. Older drawings and notes from Butler’s old journals mix with photos from a county fair, from bereft window displays, and a found image of a face melted by white phosphorous in the Iraq war and other photos. Towards the end of issue 5, there are two images of a couple in a small town park. She knits, he stares at the camera. In the second image a woman in a burka walks past them. 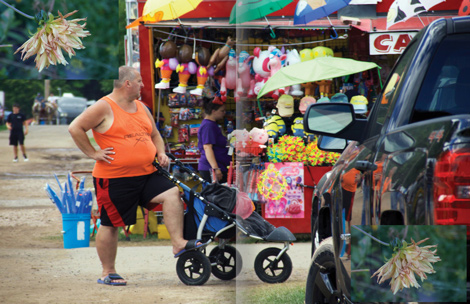